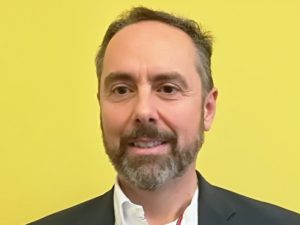 Georgios holds an MA and a PhD in International Relations from the University of Kent at Canterbury, UK, and a Mechanical Engineering degree from the National Technical University of Athens, Greece.

He was born in Sparta, Greece.

Georgios has had a distinguished career with the United Nations at the New York headquarters and on field missions, as well as in the think tank / academic world in Greece and beyond (see details below).

He is currently based in Brussels and serving as Executive Director at the Foundation for Global Governance and Sustainability (FOGGS), which he co-founded in 2013. He is also publisher of Katoikos.world, the online magazine and community-building project of FOGGS.

Since the fall of 2012 Georgios is based in Brussels, where in addition to his FOGGS and Katoikos.world capacities has worked as:

– Consultant with the United Nations (UNFCCC, UNDP) and the European Commission on global governance, sustainability and climate change, among other issues;

– Senior Adviser on Global Governance and Sustainability, The Hague Institute for Global Justice (including on climate justice);

Either as a practitioner or as an academic, Georgios Kostakos has been dealing with issues of global governance, global sustainability, climate change, UN system coordination, UN reform and policy planning, political affairs, conflict resolution, peacekeeping and peacebuilding.